The 35W interstate highway corridor, which is positioned right in the heart of Fort Worth and Tarrant County, is a major north/south route for local commuters, the movement of goods and services, business and recreational travelers, and those simply making a quick trip across town, along with regional, interstate and international trade traffic. The newly reconstructed, twenty-first century, state-of-the-art project features fully rebuilt main highway lanes and frontage roads, along with two new TEXpress “managed” Lanes in each direction, allowing drivers additional options and ease of travel.

The NTE 35W project has been open since 2018 and fully operational to the traveling public. The newly designed and safer corridor connects directly with the NTE TEXpress Lanes along I-820 (north loop) and Airport Freeway (121/183) through the mid-cities (Haltom City, North Richland Hills, Hurst, Euless and Bedford), which opened in 2014.

The new NTE 35W project (3C), which began in 2020, features the latest technology of completely modernized infrastructure and improves capacity, safety and mobility throughout the entire corridor. The final segment of the 35W project (3C) extends the managed lane corridor to the north side of Alliance Airport at Eagle Parkway. Existing lanes will be upgraded along the 6.7 mile segment and will continue to be toll-free, while two tolled Managed Lanes each way will be built, as well as redesigned ramps.

View a map of NTE 35W Segment 3C portraying the purposed features for improvements along I-35W from N. Tarrant Pkwy. to Eagle Pkwy. (this map may not reflect final design) 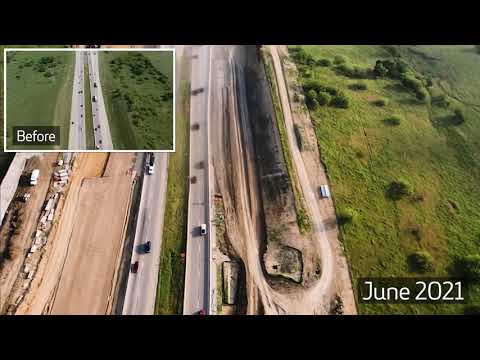 If you are interested in bidding or receiving information about contract opportunities on the North Tarrant Express 35W project; click here to to become part of our Registered Vendor Database.

The North Tarrant Express/I-35W project is being designed and built by North Tarrant Infrastructure, LLC (NTI), a Joint Venture between Ferrovial Agroman and WW Webber Construction. The NTI team will utilize several industry-specific, local and diverse contractors and consultants throughout every phase of this project.  The North Tarrant Express/I-35W (NTI) project team is committed to supporting Disadvantaged Business Enterprises (DBE) throughout the life of the project. The NTI project has a 6% DBE participation goal.

The following are some of the potential opportunities that may be available on this project:

If you have On-the-Job Training (OJT) or DBE compliance questions contact us at NTIDiversity@ferrovial.us

If you have certified payroll compliance questions contact us at NTILaborCompliance@ferrovial.us

If you are not a DBE certified firm and want more information, contact the NCTRCA at www.nctrca.org or 817-640-0606 to obtain information about the DBE certification process.

Analytical cookies are used to understand how visitors interact with the website. These cookies help provide information on metrics the number of visitors, bounce rate, traffic source, etc.